What phone do you currently use?

I have an iPhone 11 base model, black, 64GB. I like it because the phone just works. I had so many hardware and software issues with Androids since I first owned them that owning a phone that always works and doesn't let me down is amazing. Also, the battery life on this phone is amazing. It has been off the charger for 2 days right now (going through the second day at the moment) and it is at 35%. I have about 3 hours and 31 minutes where the screen was on during that time and 6.14 & 6.15 I was at work for 3-5 hours each where cellular signal strength is low (very low) and it was sitting in my car in 100+ degree weather.

This is impressive to me!

What about you guys? What phone do you use and why do you like it?
Medium Writer. Developer. Website owner. Wife. Cat mom.​

I have the iPhone 6 plus. The storage capacity is 16GB, 16,000MB. Over a year ago now, I purchased the smart phone of a family for £60.00 and have been using the handheld device ever since. It's worked like a charm for me.
Bizdustry is a Make money forum, crypto forum, business forum, investing forum, internet marketing forum, webmaster forum, get paid to write forums, get paid to forum,

I am not sure how global this brand is, but this phone is one of my favourite. I used top end model phones before using OPPO, all of which has lasted for less than 2 years and had showed signs of declining efficiency from around the 2nd or 3rd month of its usage.

But this phone of mine, have been using it for the past 2 years. No declining efficiency issue and so far, smooth sail.

Will recommend it to anyone.

I am currently using a Galaxy S20. I managed to get it for around £560 thanks to some discounts and cashback so it wasn't too expensive. I would never have paid the normal price for it at launch especially since it has a few issues like how it overheats and the camera has a few problems. Other than that, it's a pretty good phone

I use a Galaxy Note 9 at present, won't bother with anything from Apple as I'm very averse to them as a company.
PGen98 | Chris -- Community Leader
Chat Banter Guidelines | Become a Chat Banter Loyalist! | Enjoying Chat Banter? Consider Going Premium!

Why? What is it about Apple that you don't like? I'm interested as I've had iPhones since the 4 and usually pick up the latest one when I upgrade. Would like to be persuaded to go elsewhere.

I can't speak to the quality of the iPhone, as I have never used one, and while I'm sure they're perfectly serviceable pieces of technology, I have serious objections to the way Apple conducts their business.

It starts with something I've always disagreed with them on, and that's their operating system. I object to them trying to promote their OS as being free when the reality is you have to be running Mac hardware to run it, and Mac hardware is ludicrously expensive for what you actually get. MacOS is, for all intents and purposes, just a glorified *nix distribution, not unlike the freely available and legitimately free (from the FSF definition) BSD and Linux distros out there. I can't stand the thought of paying thousands for dollars for a computer just to get MacOS when I could build an equivalent spec PC and have any number of Linux distros that function near enough identically to MacOS for a fraction of the cost. Any time an individual or small business has attempted to market a PC running MacOS (aptly named as a "Hackintosh"), Apple have pursued legal action against them to shut them down. They do not want their OS running on anything other than Apple hardware.

The second point of contention I have with them is their stance on right to repair. Apple's official stance on repairs to damaged products is that you cannot repair them yourself, and you cannot take them to a third party repair facility. You have to take them to Apple themselves and their so-called "Genius Bar" in order to get your product repaired and they've done as much as possible to ensure that their hardware is as impractical and impossible to modify as possible. You're stuck going to Apple, as with each passing generation there are less and less options for third party repair companies because of how Apple builds their hardware. Buy a PC off the rack and you can crack it open and upgrade or replace any part of that PC easily. Buy a Mac? Well, I guess at least it looks nice, right? Because that's what you're stuck with.

The last thing I'll point out for now, and admittedly this isn't limited just to the "Genius Bar," but the amount they rip people off, particularly those who aren't that tech savvy, for issues that might be as simple as a loose or unplugged cable inside. People getting charged hundreds for nothing, sometimes as much as just buying another computer...how's that a thing? Seriously, go look at Louis Rossman's channel, he repairs Apple products for reasonable prices and doesn't make up phantom problems. He'll share actual customer stories of people being quoted $700+ for an issue that took him 20 minutes to fix and he only charged them $60 or so.

Those are only three issues I have with Apple, there are plenty more, and yeah, those aren't specifically related to their iPhones, but it speaks a lot about the company that they're this closed minded.
PGen98 | Chris -- Community Leader
Chat Banter Guidelines | Become a Chat Banter Loyalist! | Enjoying Chat Banter? Consider Going Premium!

I have a Samsung Galaxy A70 and its 120GB. I just bought this phone a few months ago as my old Samsung S5 Neo is finally dead after 7 or 8 years. It was time that I upgraded my phone.
M

I currently use zopo c2 but its not that good am planning to buy a new phone soon.

I have a Galaxy S9. I got it in June 2019. It's a really hardy phone, it can handle everything I throw at it, and I never get any performance loss or hardware issues. I also agree that Apple's business is not the most consumer-friendly, which is why I prefer Android to iPhone.
My end-of-term finals are on the horizon, so I may not be as active as I was. Apologies.
avatar source

OnePlus 6 and I'm extremely satisfied. I'll definitely check out whatever is coming after the OnePlus 7, but for now I've got all I need. 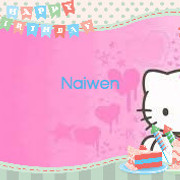 Samsung Galaxy S7, have an Fxtec Pro1 ordered but no idea when that's gonna arrive.

My phone is too cheap to mention against what you guys have! ?

I'm using an old Blackberry 9900. I've been using it for a minute. The truth is, I only use it to make calls because I'm always on my computer.

Davidisms said:
My phone is too cheap to mention against what you guys have! ?
Click to expand...

I have been holding on my Note 4 for years now. Am considering getting a Note 10+ as i wait for the Note 20 Ultra to drop in price. Am a Note person, i love real estate screens ;-)

What we don't know is not worth knowing...
Click to expand...

Note 4, huh? I remember vividly when when came out. Made a lot of buzz!!

bomb said:
I have been holding on my Note 4 for years now. Am considering getting a Note 10+ as i wait for the Note 20 Ultra to drop in price. Am a Note person, i love real estate screens ;-)
Click to expand...

You still can't beat me in cheapness! ?

I know people that still use those small Nokia and Samsung button-phones. Their small screens light with a green or blue light.

Hova said:
I know people that still use those small Nokia and Samsung button-phones. Their small screens light with a green or blue light.
Click to expand...

If you don't have any use of online apps or stuff and only need for calling, Such phones make much more sense. Very Sturdy with Loooong battery life. Also, low risk of breaking on fall and not loosing much if lost. But, Maintaining contacts is PITA. Also, You loose your contacts with the phone, you need to work out some way for periodical backups.